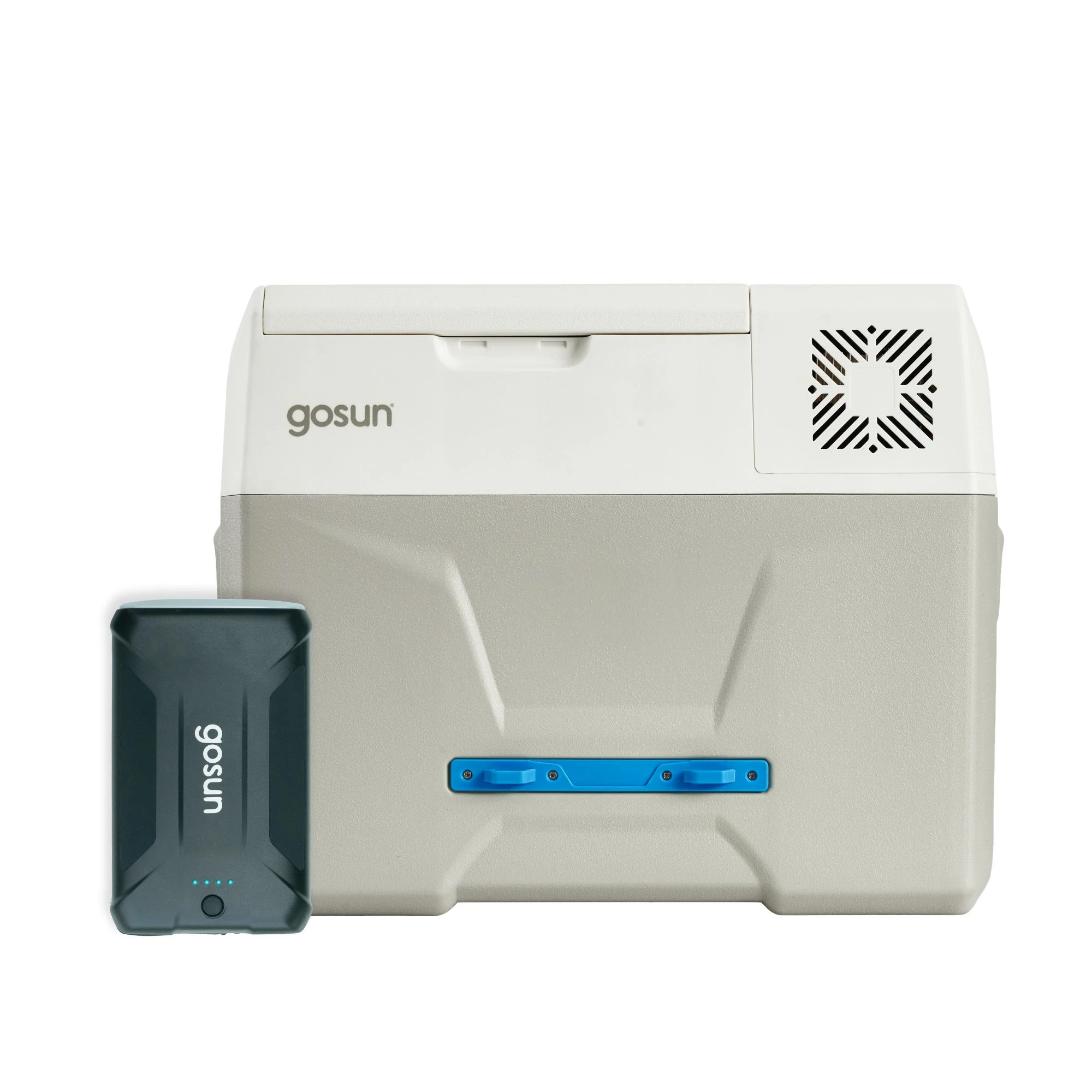 The new Solar Powered Cooler from is powerful enough to make ice on the road.

Normally, you’re forced into a choice:

> A traditional cooler that starts off half full of ice rather than food and drink (and ends half full of water).
> An electric cooler that either needs plugging in, or runs out of battery mid-trip.

This new solar-powered cooler from SunGo aims to provide a better solution.

A touch screen control lets you set the temperature from -20 to +20C.

This means you can use the sun to make ice, rather than melt it for a change.

As you don’t have to fill the cooler with ice or gel blocks, you can use the full capacity for food and drink. More space for beer, yay!

14+ Hours of Chill and Charging

The Solar Powered Cooler is an electric cooler fitted with a GoSun Powerbank+ 144.

The Powerbank+ is GoSun’s flagship portable battery. A 144wh lithium-ion power bank that can charge or power several devices at once.

The power bank charges via solar panel, AC wall socket, or the DC outlet in a car.

It supports simultaneous charging and powering. This means you can keep topping up the reserves if you need more than 14 hours of cooling.

You can also charge and power your other devices while using the cooler. (Though the more items you plugin, the faster the battery will drain obviously).

One important thing to note is that this “Solar Powered Cooler” doesn’t have its own solar panels.

SunGo’s own “Solar Table 60” is a great option for camping, as it doubles as a foldable picnic table. But bear in mind it’s going to significantly increase the price.

If you already have though, the powerbank+ is probably compatible.

The GoSun Chil Solar Powered Cooler is available now from